Terri Givens will never forget the day that she was offered the position of Vice Provost at the University of Texas at Austin. It was September of 2006, her first year in rank as an associate professor. The university was in a period of transition, with a new President being inaugurated and other administrators moving on to new positions.

The job offer was a huge surprise. “I had no idea that I would be offered the job and wasn’t even sure how I had been in the running for it,” Givens says. “I knew this could be a life-changing situation, and I only had a few days to make a decision.”

She accepted—and while her new position at the university was interesting and meaningful, that first year was full of frustration and monumental responsibilities. Givens likens her first few months on the job to “drinking from a fire hose.”

This overwhelming introduction to the life of a new dean, provost or president is all-too-common. Added to the workload, responsibility, and pressure, new administrators also have to deal with budget and personnel cuts, jarring up-and-down changes in the direction of leadership, and unclear external benchmarks with which to measure their effectiveness. Leaders in higher education are often on their own to figure out how to do things and lack community support or a nurturing mentor. Many report the “imposter syndrome” of feeling like they didn’t belong in the job or weren’t worthy of it, an added stress that impacts women even more.

Givens, like so many others, experienced these feelings navigating the Vice Provost job at the University of Texas and again nine years later as Provost at Menlo College in California. In fact, these very issues were the reason she founded The Center for Higher Education Leadership: to provide that support and mentoring, along with a knowledge base and continuing education for other higher ed leaders.

The Painful Transition from Faculty to Admin

For Givens, one of the most daunting things about becoming a vice provost was the human resources aspect. “I really didn’t know much about managing people. I went from being a center director and faculty member, to having 10 direct reports and 70 staff members. I had a lot to learn about HR issues, even basic things like privacy rules—anyone could ask to look at our emails, so I had to be careful what I said via email.”

She also was suddenly faced with a task she’d never before had to worry about: firing an employee. Legal issues and dealing with lawsuits were new ground, as well as Title IX issues.

When it came to leaving her faculty role behind, Givens quickly realized that she had to help her previous colleagues—the other faculty members—understand that she was still on their side; that she hadn’t gone from being a faculty one day to being “on the dark side” the next. She needed to be sensitive to their desire to be involved in the decision-making process while managing their expectations.

“I remember that first time a faculty member came to me because they were upset about a decision I had made,” she says. “I had to explain it and for the first time, I couldn’t blame it on someone else—it was my decision and I had to stand up for it. I realized, the buck stops here!”

Another big learning curve is going from knowing quite a bit about your own college or department, to having to know something about all of the ones at your institution. Working with departments as varied as liberal arts and communications to natural sciences and engineering is no small task.

This is a tricky area, and one that many people don’t think about in various professional roles. There are many times when an individual has responsibility for something, yet at the same time does not possess a great deal of authority over it.

This challenge is one that Miriam Feldblum had to learn to navigate. Her first administrative role in higher education was as special assistant to the president at Caltech, in 2000. She later moved to Pomona as VPSA/Dean of Students/Professor of Politics.

“I recognized that I needed to change my approach and assumptions,” Feldblum says. “I had to understand and learn how to make progress when you have responsibility for an area, but not necessarily the authority to effect changes.”

When it did come to areas in which she had more control, Feldblum quickly learned the lesson of identifying the issues before jumping to solutions. As an example, she cites dealing with staff and faculty who had competing commitments. “I needed to spend the time to learn what those competing commitments were, and how we could work together,” she explains.

Feldblum and Givens both have had to deal with comments and critiques that seemed rooted in gender- or race-based bias on a personal basis. A recent article in Science magazine unearths evidence of racial and gender biases that plague postdoc hiring.

In addition to personal discrimination, many leaders are also responsible for those issues and diversity initiatives on their campuses. Feldblum, who is now Executive Director of Presidents’ Alliance on Higher Education and Immigration, was working on issues of diversity at Caltech (with a focus on diversity) and found herself having to address the false choice of diversity or excellence.

“I had to reframe the conversation to make clear that diversity helps drive excellence in higher education, and striving for excellence that is inclusive.”

Another major challenge lies when the administration at the institution changes.

“With a new president, there were lots of changes at the top, and as a new administrator, I found myself brokering turf battles between deans and vice presidents,” Givens recalls. “It was a very uncomfortable position to be in. As a public institution, we also had to deal with a lot of external pressures from the legislature and our board of regents.”

Figuring out how to do an assessment and tackling accreditation were other challenges.

“One of the reasons I decided to start off our series of CHEL Guides with a primer on assessment was that in my experience, faculty and much of the administration didn’t understand the need for a broad assessment process,” Givens says. “I learned a great deal during my time at Menlo College, and have become a cheerleader for assessment and evidence-based learning outcomes.”

Mark Blegen, provost and vice president for academic affairs at Carroll University in Wisconsin, wrote at Chronicle Vitae that the lack of immediate and clear feedback with which to measure his success was one of the most challenging obstacles in his first year.

“As a faculty member I always knew the focus of my work: to teach well, engage in scholarship, and serve the campus community. Each of those roles had its own guideposts, both internal and external, that were (in hindsight at least) fairly easy to grasp. I knew when a class went well, and when it didn’t.”

However, as Blegen moved from faculty member to department chair to dean, his internal guideposts grew foggier and the external benchmarks moved further away.

For Givens, her good relationship with the provost at UT was key. They trusted each other, and she knew she could count on honest feedback. But when communication breaks down, or you feel a lack of trust in the people you work with, things can become problematic quickly. 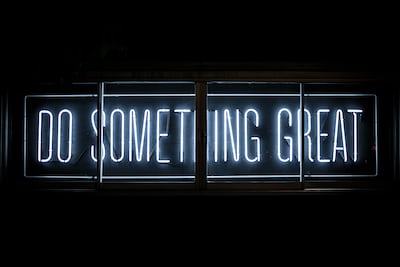 The Value of Mentors and Colleagues

“The thing that helped me the most was having mentors who I could rely on when I had questions or was dealing with issues that I hadn’t faced before,” Givens says. “I took the time to go to conferences and workshops, and I read a lot. At the time, the best resources were The Chronicle of Higher Education and Inside Higher Ed, but I created CHEL because there was no resource where I could quickly get answers to questions about admin issues, or talk to other people who were dealing with similar issues.”

It’s not just mentors who bring value to new administrators, however. For Feldblum, engaging in community and trust building with her student affairs staff was immensely helpful. Recognizing, learning and validating the value of expertise and experiences that your administrative staff bring to the table is invaluable.

“When I first moved into a line management position, one of my direct reports said to me, ‘I often find that it can be helpful in a first meeting with someone I am going to be supervising, to ask what can I do to support you.’ It’s a simple question, but it proved invaluable,” Feldblum says.

Givens’ top pieces of advice she would give to new administrators are:

Feldblum’s top pieces of advice are:

“Campuses are amazing spaces for change,” Feldblum says. “They are a nexus for transformation and learning for the next generation of leaders, and what a privilege and opportunity we have to be able to contribute to the mission, support student success, and build for the future.”

Difficult Conversations: How to Discuss What Matters Most
Authors: Douglas Stone, Bruce Patton and Sheila Heen

The Innovative University: Changing the DNA of Higher Education from the Inside Out
Authors: Clayton M. Christensen and Henry J Eyring

How we talk can change the way we work
Authors: Robert Kegan and Lisa Laskow Lahey

Shelley Seale is the co-founder and Director of Content for The Center for Higher Education Leadership. She is an award-winning journalist, author and editor based in Austin, Texas, and a graduate of St. Edward’s University with dual degrees in Journalism and Cultural Psychology. She has written for National Geographic, USA Today, The Guardian, The Week, The Telegraph, The Business Journals, International News Media Association, The Coaching Connector, Texas School Business and numerous university publications. Shelley is a member of the American Society of Business Publication Editor, and can be reached at shelleyseale.com or LinkedIn.